There were several people who told me that they found themselves feeling pretty weird and uncomfortable after hearing the 2019 WLA Conference keynote speaker Ijeoma Oluo (if you missed it, here is a recording of Oluo’s keynote–the speech starts about 17 minutes into the recording.  I highly recommend it!).

In relation to that, I’ve been thinking a lot about a book called White Fragility, by Robin DiAngelo:

I have definitely spent a lot of time resisting the notion that I have any racist assumptions or attitudes.  Even though I’ve been exposed to racist messages and grew up with racist systems since birth, I have wanted to think that as a good person I know all about racism and how to avoid it.  But as DiAngelo points out, that’s not possible.  “The messages circulate 24-7 and have little or nothing to do with intentions, awareness, or agreement.”

My identity, the way I understand myself as a good person, can be threatened by someone calling me out for something I said or did.  But if I’m able to move beyond the idea that racists are bad and non-racists are good and understand that there is no way I could have managed to escape from all the messaging from all the sources (media, education, family, and more) without developing some racist assumptions–that can be freeing.  Instead of feeling threatened and defensive when someone points out something I hadn’t thought of (or something I had thought of but haven’t yet figured out how to stop), I can feel grateful to them.  As DiAngelo says, “stopping our racist patterns must be more important that working to convince others that we don’t have them.”

I’m really trying to work on that myself, and trying to learn to be willing to talk about this stuff without worrying about making mistakes, because I just know I will.  It is hard for me.  But it is important and worth it.  One of the tools I’m going to be using over the next year is Project READY (Reimagining Equity and Access for Diverse Youth), which was developed by folks at the University of North Carolina, North Carolina Central University, and the Wake County Public School System, with help from a grant from the Institute for Museum and Library Services.  It’s a whole curriculum, with prompts for reflection and more.  Look for more as I make my way through it.  In the meantime, Happy Martin Luther King, Jr. Day! 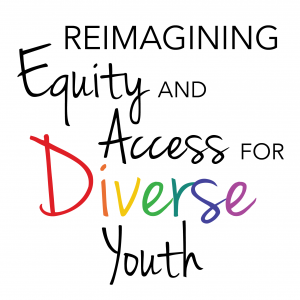